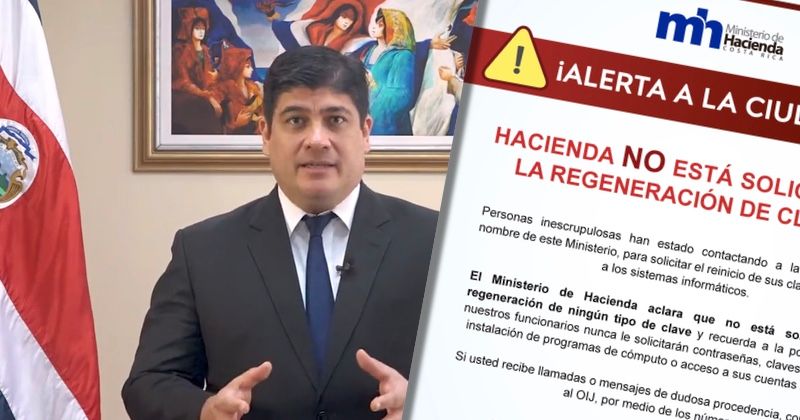 Costa Rica’s outgoing president, Carlos Alvarado Quesada, has stated {that a} ransomware assault on the federal government’s pc methods was an try and destabilize the nation because it transitions to a brand new administration.

The infamous Conti ransomware group has claimed duty for an assault that hit six public establishments in Costa Rica final week, demanding {that a} $10 million ransom be paid to forestall exfiltrated information from being leaked onto the web.

Amongst these affected by the assault had been the Ministry of Finance and the Treasury’s customs platforms – with the hackers accessing delicate historic information associated to taxpayers, and inflicting bottlenecks in imports and exports which can be thought to have price a whole bunch of tens of millions of {dollars} already.

The Conti ransomware group introduced the breach on its leaks web site, and over the previous couple of days has been releasing increasingly more of the stolen information.

Alvarado, who leaves workplace in early Might to make means for president-elect Rodrigo Chaves, launched a video assertion, discussing the assault.

Alvarado declared that the nation wouldn’t make any ransom funds to its extortionists, however made clear that he did imagine that the assault was not merely motivated by cash:

“It isn’t simply an assault on the establishments affected, the federal government or importers and exporters. It’s a legal cyberattack on the state and your entire nation. It can’t be separated from the complicated world geopolitical scenario in a digitalized world.”

Costa Rica’s Finance Ministry has warned residents to be on their guard in opposition to phishing assaults, bogus telephone calls, and different makes an attempt by criminals to commit fraud following the info breach.

The Finance Ministry says it has been contacted by members of the general public who’ve obtained tempts have already been seen bogus messages claiming to return from the federal government, attempting to trick recipients into handing over their passwords.